One from the Vaults: Free sample from RAISE THE GIPPER! with order buttons

Free sample of Raise the Gipper, up through a bit over halfway through Chapter 2.  If you notice you're enjoying it, you can buy a complete copy:
•Direct from me  in mobi (for Kindle)
•Direct from me in epub (for Nook, iBook, and most others).
•From Amazon.
•From Barnes and Noble.
May there be laughter in plenty,  may all your zombies shamble well, and may the Republic survive even the Republicans.

Anyway, have a look: 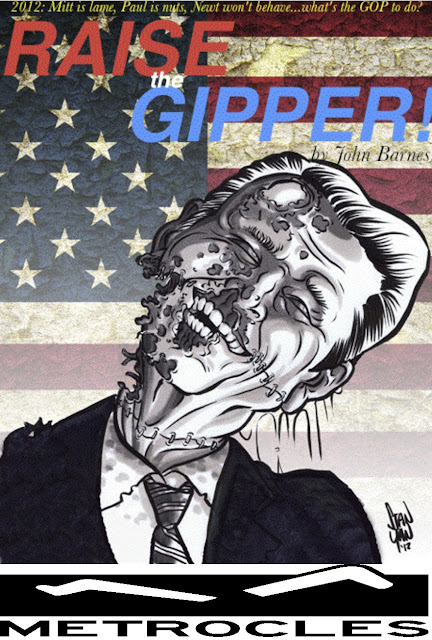